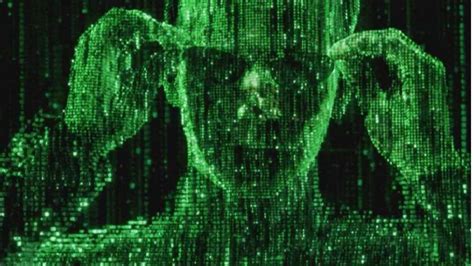 “The Oatherkeepers, the Proud Boys and the Three Percenters – the 3 most popular right wing “militia groups” in the US – have been completely hijacked by the feds and are now nothing more than FBI honeypots. They continue to exist at the behest of the DOJ simply for the purpose of generating a steady supply of ‘potentially threatening’ citizens to refer to the NSA as well as a stream of mid-level perps for the government to parade in front of the American media as a means of justifying the supposed ‘threat’ to the country by the Cultural Right.”

It’s clear to anyone with open eyes that Stewart Rhodes, the founder and current leader of the Oathkeepers is being protected by the FBI. The question is ‘why?’ I believe it’s because the ‘big three’ American militia groups (namely the Oath Keepers, the Three Percenters and the Proud Boys) have been turned into FBI honeypots to persecute ordinary, patriotic citizens.

This is the latest installment in an ongoing story that began with Revolver News’ controversial bombshell report, entitled “Unindicted Co-Conspirators in 1/6 Cases Raise Disturbing Questions of Federal Foreknowledge.” That story was promptly picked up by Tucker Carlson, who pushed it into the limelight of mainstream news coverage. I covered the story here on Dangerous Thoughts in my blog post, “The Revolver Affair: An Evaluation of Tucker Carlson’s Recent Accusations Against the FBI,” but there have been significant developments in the story since last month and they have not been echoed in the mainstream media the way the original story was. Perhaps Tucker Carlson is backing off because he took a lot of flack for covering thr story initially, or maybe he’s too busy with the current NSA spying scandal he finds himself in the midst of. In either case, there have been important additional developments in the story which I will summarize here.

Revolver news published another very detailed story on June 30, entitled Federal Protection of “Oath Keepers” Kingpin Stewart Rhodes Breaks The Entire Capitol “Insurrection” Lie Wide Open, which, like the first story they published back on June 14, is a very long read – over 10,000 words. The story focuses on Stewart Rhodes, the current leader and founder of the Oathkeepers, and points out that the FBI and DOJ are still engaging in the strange sort of behavior discussed in the first article – aggressively pursuing little fish while the big fish walk free.

Revolver points out that there is more than enough (WAY more than enough) evidence against Stewart Rhodes to arrest and convict him for numerous crimes related to the 1/6 “insurrection.” Yet Rhodes remains a free man while scores of seemingly insignificant players from the Oathkeepers, and other organizations, continue to languish in prison. The DOJ is supposedly pursuing a campaign of “shock and awe” against “terrorists” associates with the events of 1/6, vowing maximum penalties and no “deal-cutting” for anyone involved. But the biggest fish all are still walking free, even though the indictments of small and mid-level fish clearly show the DOJ has ample evidence to charge and convict the bigger fish.

The New York Times reported on Friday that Stewart Rhodes sat for an interview with federal agents after his phone was seized from the FBI in May. They reported that Rhodes attended the meeting without a lawyer. Mr. Rhodes is himself a graduate of Yale Law School, but that does not qualify him to represent himself in a meeting like that – just ask Gen. Mike Flynn. If anything, his Yale Law education makes his lack of counsel even more suspicious as he is surely sophisticated enough to understand why he shouldn’t undertake a meeting like that without representation… unless of course he already has immunity stemming from a cooperation agreement with the federal government.

Many on the right, myself included, believe that the FBI and DOJ are undertaking their current course of action because they recognize the “big three militia groups” were so heavily infiltrated by FBI agents and informants in the run up to 1/6, that their actions may be deemed to have crossed the line of legal entrapment. More importantly, the government recognizes that these “militia groups” have way more value to the government if they are kept alive and continue operating. If the FBI has infiltrated these organizations at the highest levels, which it clearly has, then it can certainly be assumed that the FBI is monitoring all of the people who reach out to these organizations – either by requesting memberships or just communicating with them via Facebook or other social media accounts. The FBI will then add all of these potentially problematic citizens to an NSA ‘watch list’ because these militia groups are now considered “international threats.” In my recent article, “How the Intelligence Community Plans to Wage a War Against The Cultural Right,” I outline specifically how the Biden Administration is very quietly reclassifying domestic issues as “international” ones in an effort expand NSA jurisdiction to otherwise off-limits American citizens. It’s not a conspiracy theory, or any “theory” for that matter – the Biden Administration says so themselves in their recent document, entitled “National Strategy for Countering Domestic Terrorism.” That document comes right out and states:

That’s a very slick way of saying, if you reclassify domestic terrorism as an inherently international problem, we can legally justify bringing in the NSA and disregarding the privacy rights of American citizens, just like foreign terrorists.

In addition to providing the FBI with a steady stream of citizens to investigate, allowing the “big militia” organizations to continue operating will also provide a steady stream of ‘middleweight’ players from the right-wing world for them to prosecute and keep the media feeding frenzy satisfied. It’s a classic case of politicians wanting to hold onto a problem, rather than fix it, because the problem itself generates good optics for them.

Look… the federal government (and everyone else) understands the way to bring down a “terrorist” organization is to start at the top – sever the head of the snake, then work your way down the line and clean up the mess. But the actions of the feds here clearly indicate a different strategy; one that involves consistently targeting low to middle-level players while leaving the upper echelon of leadership free to continue operating. Furthermore, the facts of the case indicate an ongoing relationship with the leaders. In the case of the Proud Boys, their long-time relationship with President Enrique Tarrio is well-documented and well-known. A similar relationship now appears to exist with the head of the Oathkeepers, Stewart Rhodes. Just as clear as the grass is green and the sky is blue, it appears that the federal government doesn’t have any actual interest in shutting these organizations down, despite what they may say.

In a world where the President is claiming that “domestic terrorism” from white nationalists is “the most lethal threat to the homeland today,” and the Radical Axis partners are going along with that ridiculous charade, how does the Intelligence Community go about the daunting task of trying to parse out which citizens are a “threat” and which are not? Well, the easiest way is to let those who potentially pose a threat to “out” themselves as potential domestic terrorists. The Oathkeepers, the Proud Boys and the Three Percenters – the 3 most popular right wing “militia groups” in the US – have been completely hijacked by the feds and are now nothing more than FBI honeypots. They continue to exist at the behest of the DOJ simply for the purpose of generating a steady supply of ‘potentially threatening’ citizens to refer to the NSA as well as a stream of mid-level perps for the government to parade in front of the American media as a means of justifying the supposed “threat” to the country by the Cultural Right. The mainstream media will pounce all over these stories and present them to the public as further evidence of the need for moderate Americans to vote Democrat. Democrats will in turn continue funding these programs and authorizing increasingly more and mor epower to the FBI/DOJ, who will continue producing high media-value perps… the cycle goes on and on.

Well-meaning patriotic citizens should steer clear of organizations like the Oathkeepers, Proud Boys and Three-Percenters at all costs.

Well-meaning patriotic citizens should steer clear of organizations like the Oathkeepers, Proud Boys and Three-Percenters at all costs